I am delighted to once again bring you another interview from our ever-present series focusing on local speculative fiction writers. This week I had the great pleasure of chatting with  the wonderful and incredibly friendly Thoraiya Dyer.

Dyer, for those of you who live in a cave, is the 4-time Aurealis Award winning and 3-time Ditmar Award winning writer of titles that have appeared in magazines such as Clarkesworld, Cosmos and Apex. Her collection of four original stories, entitled Asymmetry, is available now from Twelfth Planet Press. Her debut fantasy novel, entitled Canopy, is forthcoming from Tor books.

First up, tell me about yourself. Who is Thoraiya Dyer?

I am (you are, we are) Australian, I live in Sydney, I qualified as a veterinarian but I live in a pet-free unit at the moment, which is torture, and I like to pretend that the bush turkey that roosts in the tree outside is my sort-of pet?

Why did you start writing? Was it something you always envisaged yourself doing when you were young?

Kids all write stories! The real question is, why do some people stop?

At first, like many other readers of Enid Blyton’s Magic Wishing Chair, I assumed authors were dead. But as soon as I found out that some were alive (yes, Roald Dahl was still alive at that point!) the envisaging commenced. 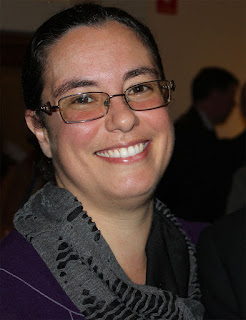 Do you remember that moment when you first were introduced to speculative fiction? For example I still remember my neighbour lending me a battered copy of the Hobbit as a kid. I was sold from that moment on!

That’s cool about your neighbour! But, no, my mother is a die-hard SFF fan and the books have always been in the house. I remember finding one with a cool frog-man on the front when I was, like, 7 years old.

“Oh, it’s a gowachin!” she reckons. Like that’s a normal thing for people to talk about.

“If you can understand it, you can read it.”

Your work covers a wonderful range of topics, genres, and formats. I’m curious; do you have a preferred format (short story, novella, or novel) and genre (SF or F)? Why?

I have no preference and I love writing them all.

For someone (such as me!) who is new to your work what would be the best place to start?

Well, you should start by thinking about your own preferences. If you like science fiction, you should read The Wisdom of Ants at Clarkesworld, or buy “Insert Title Here” from Fablecroft and read my story about future falcon racing. If you like fantasy, you should get “Sprawl” from Twelfth Planet and read my yowie story, or get “After The Storm” and read my Nepal story, and if you like them mixed in together, try my first story at Apex, The Second Card of the Major Arcana, which was about a sphinx and reprinted in “the Mammoth Book of Science Fiction by Women.”

Or, you know. I have a longer story about pirates, The Company Articles of Edward Teach. YARR!  If you like novels exclusively, you should wait for my first novel, (title now changed to) “Crossroads of Canopy.” 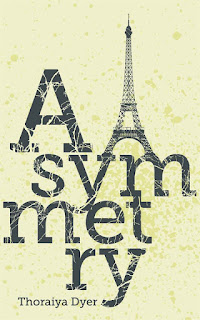 In your opinion, what is so appealing about writing speculative fiction?

Freedom to invent whatever you want.

Sneakiness when it comes to showing people aspects of themselves they might not see in a more faithful mirror.

Where do you draw your inspiration from when writing?

What are your best and worst qualities as a writer?

My best quality, or at least what I strive for, is to be slightly different yet still readable.

If you could pick the brain of one author (dead or alive) for a day who would it be and why?

Well, it might end up being useless because I can’t speak Russian, but I’d have a few questions for Fyodor Dostoyevsky. They didn’t have blog interviews back in his day, unfortunately. I just want to know if the things that moved me most in his books were things that he put there, or things that I brought to the table.

Hypothetical question. If you were randomly selected as a member of the first Mars colonization mission what three books (only three due to cargo restrictions) would you take? Why?

I’d have to take mine, wouldn’t I? I haven’t done the edits yet!

I’ve read that you have a passion for archery. How did you come to be involved in this? And does it help you at all when it comes to writing? 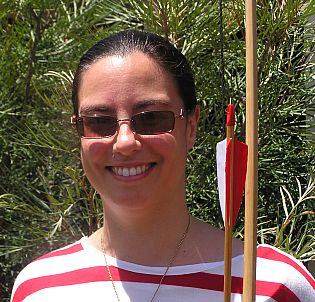 I’d always wanted to give archery a go, but it wasn’t until I was a real grown up with my own job and car that it was possible. I knew I wanted to shoot targets, not animals, so it was a matter of looking up my closest Archery NSW-affiliated club.

I haven’t written an archery book yet, so I can’t say it has directly helped my writing. But I found a husband! Yeah, just lying around at the club! And he helps me immensely ☺

You recently signed a three-book deal with Tor for your Titan’s Forest trilogy. Firstly, congratulations! Secondly, what can you tell us about this trilogy? Any snippets to get us excited?

Thank you! I can tell you what I wrote in my inadequate elevator pitch, which is that it’s an epic fantasy trilogy set in a rainforest of titanic proportions, with the different countries stretching vertically instead of horizontally, and their borders invisibly guarded by the gods.

(I can’t give you any snippets until I get back from Mars with those edits, sorry :D)

Why did you write a fantasy series set in a rainforest? What was it about that setting that appealed to you the most, and what can you tell me about the rainforest in the Titan’s Forest books?

I wrote a fantasy series set in a rainforest because of elven bread.

Bread is made from grain crops, which grow in fields, which are the complete opposite to a faerie forest. And yet most elves in fantasy novels had yew bows, and lived in oak trees, but yew berries are poison and acorns taste disgusting, and wouldn’t magical tree-dwellers be happier eating passionfruit and mangoes?

Titan’s forest is different to a real-world rainforest not only in terms of size (real rainforest emergents don’t reach 1400m) but in terms of how I’ve stolen my favourite rainforest trees from all around the world.

Did you draw inspiration from Australian flora and fauna when writing it? Can you give us some examples? 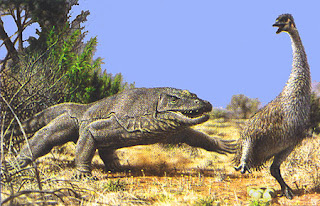 Yes! Examples: One of my dastardly demons, the only one that’s out and about by daylight, bears a suspicious resemblance to a giant, megafaunal goanna. Then there’s the temples of the goddesses and gods. They might be located in something you’d traditionally expect to be priestly, like a fig or a camphor tree, or they might be in trees more familiar to Aussies, like tallowwoods or flooded gums.

Based on the titles for the three books (Canopy, Understory, and Floor) I’m assuming you will be jumping from one level to another in regards to the rainforest?

How did it feel to sell a series to arguably one of the biggest speculative fiction players internationally? Can you take me through the process leading up to selling it?

It felt surreal. It still does.

The process was via my wonder-agent, Evan Gregory.

You have won a number of awards here in Australia for your work (3 Ditmars and 4 Aurealis Awards). I’m curious, was there one in particular that stands out? Why?

The Ditmar Award I won for “The Company Articles of Edward Teach” at Swancon in 2011. Juliet Marillier, one of my favourite authors and now a friend, was there to congratulate me. Paul Haines, whom I’d pipped at the post, beating his amazing story, “Her Gallant Needs,” was witty and gracious in defeat. I miss him. And my very cute 3yo daughter was excited to come up on stage with me. She can’t remember but I remember her glowing with excitement.

What is your take on the state of Australian speculative fiction at the moment? How does it compare to the international scene?

My take? How many thousand words would you like this essay to be?? I think it’s in a great place, although maybe not in the state of frenzy it was in just after Aussiecon 4. If you mean how does it compare internationally in terms of quality writing, as a reader I think we have the talent here to compete on a world stage.

If you mean as a writer, in terms of finding an audience, our genre is always going to have a smaller niche as a function of our smaller population here, and if you want to overcome that, well, let’s just say the current governments are not being especially kind to the arts. 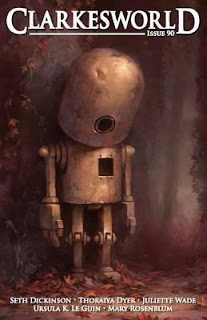 My gladiatorial weapon of choice would be … net and trident

When I’m lining up my bow and arrow at the range I think about… ideally, nothing

My favourite snack when writing is… sliced guavas and a cuppa

If I had magical powers they would be… invisibility

What are you working on at the moment?

Worry about craft first, publishing second; buy Ursula LeGuin’s “Steering the Craft” and do all the exercises in it.

Can we expect to see you at any events or conventions in the near future?

I’ll be at the NSW Writer’s Centre’s Speculative Fiction festival on the 18th of July, talking about short stories.

I hope I’ll be at the Brisvegas Natcon next year...and if I get some more short story pocket money I hope to make Conflux 11 in Canberra this year.

Finally, when can we expect Canopy be released at this stage?

Thoraiya Dyer, thank you for taking the time to chat with Smash Dragons!

Thank for having me, Matt! (Can I call you Matt? Hey, where are you going??)

Dyer's stories can all be tracked down online at websites like Booktopia, Twelfth Planet Press, and Amazon. Get in and support a local author people, Dyer is going places fast! I for one cannot wait to see Canopy published. It sounds like it is going to be a truly unique and amazing adventure!

Until next time friends, be nice, and keep on reading!