I had the amazing opportunity to interview author Matt Karlov as part of our 'Aussie Authors in Focus' series. Matt has recently published his debut novel The Unbound Man, an epic fantasy tale full of intrigue and action. I personally loved it, and Matt was incredibly generous with his time fielding my questions. I implore you all to check it out (link provided at end of interview).

Onwards to the interview!

Matt Karlov, welcome to Smash Dragons. For those people who aren't familiar with you or your work, could you tell us a bit about yourself and your novel The Unbound Man?

The Unbound Man is my debut fantasy novel.  It's about a former linguist turned poor-quarter scribe who learns that his wife's murderer, long thought dead, may in fact be alive. It's about a trade factor who's engaged in a private vendetta, and who returns home from an assignment to find herself promoted to the unlikely position of adjunct to the merchant house spymaster. It's about a sorcerer who, haunted by the unwelcome attention of a being he believes to be a god, commences a secret undertaking in defiance of his colleagues and at risk of his own life. And it's about a lost chamber that's been sealed for millennia, where an ancient empire's legacy lies dormant, awaiting the words that will rouse it from slumber — and change the world.

As for me — I'm a writer!  It took me seven years to think about, plan, and eventually write The Unbound Man, although that includes some false starts at the beginning before I really knew what I was doing.  To pay the bills, I've worked in software design, web development, and business analysis.  I'm also a fan of European-style board games and cryptic puzzles.

So how did the Unbound Man come about? What motivated you to write that story?

The seeds of The Unbound Man came from the Iraq War in the mid-2000s.  A lot of different countries sent soldiers to that war, and there was a period where the Iraqi resistance fighters started kidnapping foreign citizens and threatening to kill them unless the hostage's particular country withdrew its soldiers.  Most governments refused on principle, on the basis that yielding to that sort of coercion would just turn all their other citizens into targets the next time someone disliked what they were doing. But the kidnapped person's family and friends didn't care about the politics — they just wanted the government to do whatever they could to get their loved ones home safely.

It got me thinking: what if there was a person who responded to coercion the same way governments do?  Someone who would refuse to deal with anyone threatening their family or friends on principle, even to the point of seeing their loved ones killed?  What would that experience do to a person?  And if this person was morally consistent and refused to coerce anyone else either, how would that complicate their life if they were hit with a fresh crisis?  All of those thoughts stewed away in the back of my mind for a long time and eventually took shape in the form of Arandras, the main character in The Unbound Man.

What motivated you to self publish? Do you think self-publishing is a more attractive option for writers today, in the wake of success stories like Hugh Howey and Anthony Ryan?

For me it came down to a calculation of costs and benefits.  The main thing traditional publishing gives you that you can't easily get any other way is distribution to physical bookstores.  There are a few other benefits too, such as covering the cost of book production and a certain amount of marketing, but physical distribution is the big one.  The drawbacks, however, typically include a much lower royalty rate, a very slow production process, unfriendly contracts which often contain hidden nasties like non-compete clauses, and a loss of control over covers, pricing, and most other things -- and that's assuming you're prepared to spend years trying to get a traditional deal in the first place!

There are downsides to self-publishing, of course.  For one thing, you effectively have to be your own production manager and marketing director in addition to being a writer.  For another, you have to pay for editing, cover design, and any other service you require out of your own pocket.  On balance, though, I felt that self-publishing was a much more appealing proposition for a new writer. 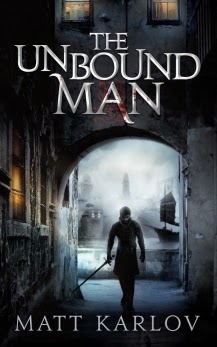 There are certainly some highly successful self-published authors out there nowadays.  But it's important to remember that very few self-published authors will achieve the kind of success that Hugh Howey has, just as very few traditionally-published authors will achieve the kind of success that George R. R. Martin has.  I find it more interesting to consider the situation for 'midlist' authors: those who may never be bestsellers but who write well enough and consistently enough to sustain a career.  It seems to me that that level of success is becoming far more accessible via the self-publishing route than it is by publishing traditionally.  Of course, you still need luck even to get that far — but I think your chances of getting there are better if you self-publish.

So what is your writing process like? Are you, for example, an outliner like Brandon Sanderson or a gardener like Stephen King or George RR Martin?

As a rule, beginnings are the hardest for me to write because there's so much about the story I still don't know.  Once I start getting some momentum, and once I've built up some context to play with, the story gets easier to write.  Endings are the most fun — by the time I hit those culminating scenes, I know the story inside and out and I have a whole story's worth of build-up to pay off.  There's nothing quite like reaching those final scenes and seeing the whole story come together right there in front of you.

One of things that struck me when I read The Unbound Man was how intriguing its characters were. Did you set out from the beginning to write a more character based story or did that evolve as a result of the overall plot?

I certainly made an effort to focus on characters first and weave them into an interesting plot rather than vice versa.  My foundation for The Unbound Man was really the three main characters: their starting points, their endpoints, their biggest struggles, and how those struggles would intersect.  Of course, I also needed a certain amount of plot and setting to establish the context and the wider stakes, but the characters were always front and centre in my thinking.

To me, the most compelling plot developments are those that represent a pivotal moment for a character.  Think about the ending of The Lord of the Rings.  The discovery that Gollum is still alive on the slopes of Mount Doom — well, sure, that's interesting, and it makes me want to know what will happen next.  But seeing Frodo claim the Ring for himself — that's gut-wrenching.  That's the kind of moment that lingers in the mind long after the story is done... or at least, it does for me.

When I purchased the book I noticed Saladin Ahmed had written a blurb for the cover. How did it feel knowing you had impressed a Hugo and Nebula finalist with your work?

It was great to get that endorsement from Saladin, and I was very fortunate that he was willing to give it.  I actually got a novel critique from Saladin on an early draft of The Unbound Man, which came back with plenty of constructive criticism but also a lot of encouraging comments.  Some time later I asked if he'd be willing to provide a blurb for the book, not knowing that he has a blanket policy against blurbing anything he's critiqued.  I was very lucky that he decided to make an exception in my case.

The level of world building in The Unbound Man is also detailed and rich. Do you think writers should focus more on characters (Sanderson, for example, believes a story with strong characters and weak setting will still be successful) or should they, as I think you have, try and find a good balance between the two?

As a reader, the books I love most are those that engage me on every possible level.  Character, plot, setting, theme: I want it all!  So I'd certainly say it's important to pay attention to each of those elements.  And of course, setting is particularly important in secondary-world fantasy, where you need to do a lot more 'building' just to make your world believable, let alone interesting.

All the same, I think Brandon Sanderson has a point.  Characters, I think, are almost always the most important element of a story, so if you had to pick just one thing to focus on it would have be the characters.  But fortunately there's no need to restrict yourself to just one element!

The Quill were particularly fascinating to me. I enjoyed how you examined the way organisations evolve and change as they grow. Was this based on your own observations of the world and how corporations and organisations behave?

The relationship between individuals and collective groups was definitely something I was interested in exploring with The Unbound Man.  In some ways, organised collectives are nothing new: tribes, city-states, guilds, and churches have all been around for a long time.  But in most of those cases, the purpose of the organisation (at least nominally) has been to work for the benefit of its members.  The modern corporation is an entirely different thing.  It doesn't even pretend to exist for the benefit of its people.  Rather, it exists to make use of its people in pursuit of some other goal.  (There's a reason why the personnel department is typically named Human Resources.)

I thought it would be interesting to populate the world of The Unbound Man with organisations of this type and to explore the effects of that on the setting and the characters.  Each of the three main characters has their own complex relationship with the organisation they belong or belonged to, and each character has their own personal biases in that area which influence the way they see things.  It's an interesting topic to me because there's no clear 'right answer' to many of the questions that come up in the course of the story.  I think we as a society are yet to really figure out what corporations are, in a social sense — but we know that modern society is impossible without them.  That to me is fertile ground for storytelling!

To purchase The Unbound Man, please click on the link below -