And here is part two of my interview with author Matt Karlov. I hope you enjoy reading!

The fighting and action in your novel was, I thought, very realistic. One scene that springs to mind occurs early on in your novel where a magic user is overwhelmed and killed by assailants wielding swords. Do you think realistic and gritty action is more interesting, or even necessary in today’s reading environment?

I think it's possible to look at action and violence in fiction from several different standpoints.  We can think of it in terms of realism: for example, do we realistically show swordfights that only last a minute or two if you're lucky, or do we write about unrealistic but epic duels that go for hours?  We can think of it in terms of explicitness: do we describe every slithering organ spilling out of the dead man's belly, or do we elide some or all of those details?  And we can think of it in terms of truthfulness: do we show the inherent ugliness and horror of violence, or do we present it in a more superficial or cartoonish way?  There's a degree of connection between those standpoints, of course, but it's also possible to get them confused.  (An interesting writing exercise is to think about how you might convey one of those aspects without using the others: say, truthfulness without explicitness, or vice versa.)  And there's also the danger of focussing so much on any one of them that the reader gets jarred out of the story.

There's certainly been a turn toward grittier writing in recent years, particularly in fantasy with the rise of 'grimdark'.  People sometimes characterise these stories as being rooted in cynicism, but to me they seem more like expressions of anguish.  Steven Erikson has described his own writing as being, in some ways, a howl of despair; in Daniel Abraham's view, the power of George R. R. Martin's series derives from the sorrow infusing almost every scene.  My take on this is that fantasy is starting to leave behind its pre-modern worldview and embrace the existentialism that pervades our society.  In other words, I see this primarily as a search for truthfulness; that is, for stories that resonate with our experience of life.  Many people now can only believe in a story if the world in which it's set reflects the complexity and ambiguity — and, yes, the grittiness — of the real world.

That said, I think there's still plenty of people out there with an appetite for the traditional style of fantasy, and indeed for other styles beyond the traditional / gritty dichotomy.  In the end, even grittiness is only a partial view of reality.  The world is a big, complex place, and fantasy as a whole is increasingly coming to reflect that — and that's great!

I must admit, I am a sucker for maps in fantasy books! I was delighted to pour over those that were included in The Unbound Man. Did you design them yourself? And did you draw inspiration for them from any particular countries or continents?

I love a good fantasy map too.  One of the very first things I did before writing The Unbound Man was to sit down and draw a map of the continent that would eventually become Kal Arna.  My starting point was actually the northern coast of Australia, but inverted so that land became water and vice versa.  You can still kind of see the Cape York Peninsula in the shape of the Bay of Bracha.  I kept adding details to the map until it felt like the kind of place where interesting things could happen — and then I started thinking about what those interesting things might be.

The maps that come with The Unbound Man are the work of Maxime Plasse, a wonderfully talented freelance cartographic artist.  Max took my rough sketches and turned them into a beautiful set of maps which I think fit perfectly with the novel.

A question from left field... If you could steal and harvest the brains of three other fantasy authors to use for writing, who would they be and why?

Top of the list would have to be Steven Erikson.  The scale and scope of his stories, the depth of his themes, his mastery of the craft of writing — any one of these would be remarkable in its own right, and he's got all three.  After that the choice gets trickier.  Daniel Abraham, perhaps, for the deep empathy he has with his characters?  Joe Abercrombie, for his dark wit and compelling characterisation?  Janny Wurts, for her intricately detailed plotting?  Or maybe someone from outside the Western tradition for a completely different perspective on writing — Haruki Murakami, perhaps?

Of course, I'd only harvest those brains if I could put them straight back afterwards with no ill effects.  Otherwise it would mean no more books from some of my favourite authors, and there's no way I'd take that deal. 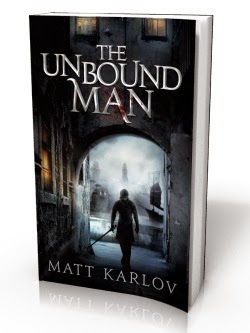 What was your first exposure to fantasy fiction? Mine, for example was when I was a kid and a neighbour gave me a tattered and beat up copy of The Hobbit.

The Hobbit came very early for me as well, courtesy of my father.  Another book I remember from childhood is Watership Down, which to me is like traditional fantasy in almost every way except that it's set in the real world.  Then came The Lord of the Rings, of course, which for a while as a teenager I would re-read about once a year.

I think I still have that copy of The Hobbit somewhere — it's a battered old green hardcover, the dust jacket long since gone, with some of Tolkien's original colour drawings included at various points in the text.

Branching out from that.. what do you think about the state of fantasy and speculative fiction at the moment? We seem to have a very diverse blend of subgenres and authors that are popular right now. Do you think that the Australian scene differs from the world in any way?

As a genre, fantasy seems to be in excellent health.  Popular interest in fantasy was given a huge boost by the success of the Lord of the Rings movies and Harry Potter, and we're now seeing a further rise in interest thanks to the Game of Thrones TV series.  I take the increasing diversity within the genre as another sign of health.  Fantasy is finally breaking free of its traditional roots, not only philosophically with the rise of gritty fiction and the like, but also culturally and even structurally.  It's an exciting time to be a reader and a writer of fantasy.

Australian fantasy is part of that, of course, and it's great to see more and more Australian SFF authors finding success.  I also think the Australian SFF establishment is much more accepting of self-published writers than is often the case elsewhere.  Mitchell Hogan and Jackie Ryan won Aurealis Awards this year, K. J. Bishop won one last year, and Andrea K. Höst has been a finalist on multiple occasions.  Perhaps the Australian scene is still small enough that we know we can't afford to get too caught up in how other SFF writers choose to publish.  Whatever the reason, I think it's a good thing.

What is sitting in your ‘to read’ pile right now? What future releases are you most looking forward to?

There are so many books I'd like to read that I'm not sure where to start!  I've been making an effort to fill in some gaps in my SFF reading by seeking out classics of the genre that I haven't yet read.  The next one in that category will probably be The Mote in God's Eye by Larry Niven and Jerry Pournelle.  As for new releases, I'm keen to read Steven Erikson's new novel Willful Child and find out what he does with a Star Trek spoof.

What are you working on at the moment?

Right now I'm working on the first draft of the follow-up book to The Unbound Man, tentatively titled The Lordless City.  I'm also polishing up a short story which is set in a slightly different part of the same world.  The short story will hopefully be published early next year; the novel will take a little longer!

In five years where do you see yourself professionally?

I've never really been the kind of person to make five-year plans.  Life just seems too contingent and unpredictable for that.  That said, I'd certainly like to have finished the Undying Legion trilogy by then and be well on the way to cooking up some new stories.  As for sales and all the other things that are usually seen as markers of success, ultimately that's out of my control.  Of course it would be great to give away the day job and write full-time, but will it happen in five years?  Who knows?

Finally, best writing tip you have ever received?

I don't remember where I first heard it, but one piece of advice that's stuck with me is this: write the stories that only you can write.  Each of us has our own combination of abilities and experiences, insights and obsessions, hopes and fears.  The only method I know to write something worth reading is to delve into that stuff that's deeply, uniquely yours and figure out how to put it on the page.  None of George R. R. Martin's fans like his work because he's 'the next Tolkien' — they like it because he's the first, last, and only George R. R. Martin, and he's worked out how to infuse his writing with the unique perspective that only he has.

Matt Karlov, thank you for talking to Smash Dragons!

My pleasure! Thanks for having me!

The Unbound Man is out now... and we here at Smash Dragons highly recommended it! Please click on the link below for more information.